Turkey is a world-class holiday destination! The tourism product is so well-developed that it deserves to be a priority for leisure and business travelers.

Turkey is a world-class holiday destination! The tourism product is so well-developed that it deserves to be a priority for leisure and business travelers.

In the early 1950s, tourism as a viable economic engine in Turkey was very limited and only 29,000 people visited the country. Although the destination offered natural beauty, history and culture, sun and sand, holiday seekers were not familiar with the locale. Although the potential for tourism was recognized by public and sector leaders there were no plans to focus on the industry; it was not recognized as a source of employment and revenue.

By the 1960s the situation began to change and in 2014, 42 million tourists visited Turkey, contributing $36 billion to the economy. The destination is the world’s sixth largest tourist destination.

Not By Faith Alone

The development of a world-class tourism industry requires smart and savvy leadership. The following lists those who are making Turkey such an attractive destination. 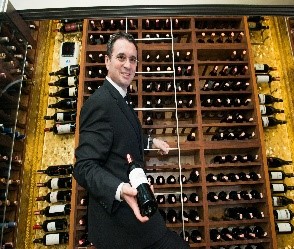 Wine is an important part of the gourmet dining experience and Altun, the sommelier at the Ciragan Palace Kempinski Hotel since 1999 brings the guest wine/diner experience to a “presidential level.” A graduate of Istanbul University his portfolio includes management for all wine related activities at the hotel. He has trained service personnel in wine types, service and provided vineyard tours in order to enhance their knowledge. The result of smart staffers? Celebrities, royalty and c-suite executives select the Ciragan Palace as their hotel of choice.
kempinski.com/hr/istanbul/ciragan-palace/welcome 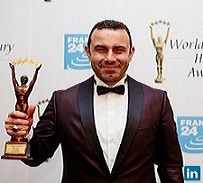 As the General Manager for the 19th century 3-story Ottoman Hotel Imperial, Balta is sincerely committed to researching and providing an accurate Ottoman palace dining experience for guests. Formerly a professional soccer player, Balta has transformed the Matbah Restaurant into a source of cuisines formerly served to sultans. Look for cold soup from dried fruits with yogurt, spices and aromatics to chilled grape vine leaves stuffed with sour cherries, rice, onion and pine nuts cooked in olive oil. The approximately 34 dishes on the menu are a creative and exciting journey into culinary history. The hotel and restaurant are located steps away from important historical buildings.
ottomanhotelimperial.com 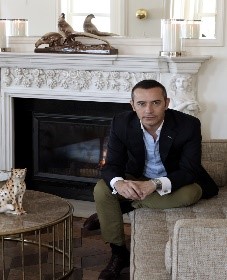 The Director of Sales, Marketing and Communications for the Istanbul-based House Hotels (a member of SLH), Doucet is responsible for five properties in Istanbul and Cappadocia. Originally from the Loire Valley town of Orleans, France, Doucet studied Hotel Management at the School of Blois. Upon graduation he joined Hyatt International at the Park Hyatt Paris Vendome in sales and operations and then transferred to the Park Hyatt Istanbul Macka Palas as the Manager of Guest Relations. Doucet is also a Food Editor and Contributor to the prestigious Louis Vuitton City Guide to Istanbul.

In addition to his managerial responsibilities, Doucet is involved with The Lokals Karakoy, a charity that focuses on maintaining the cultural nuances of the neighborhood in the face of gentrification. Formerly a port scene that was not considered an economically thriving sector, today Karakoy is home to boutique shops, trendy restaurants, and art galleries. The Lokals’ mission is to preserve the local history and to support the original businesses that are part of the fabric of the area. The organization provides free consulting services to small businesses, helping them to access new opportunities.
thehousehotel.com

The go-to person for the hotel, travel and tourism industry in Turkey, Kartopu is well known as a pioneer in tourism to this world-class destination. Mustafa Kartopu has been proactive in the industry since February 1969 and starting in 2007 he has been the IGLTA Ambassador to Turkey. Kartopu is noted as an industry leader and is a Professional Congress/Event Organizer (PCO/PEO). In 1997 Kartopu became the first Turkish member of the International Association of Professional Congress Organizers (IAPCO).

Kartopu has been engaged in executive positions in the airline industry, incentive travel, FIT travel, tailor-made tour development and in 2014 founded MCO Meeting-Congress – Organization, an event management enterprise that focuses on travel in the Turkish travel market.
mco.com.tr 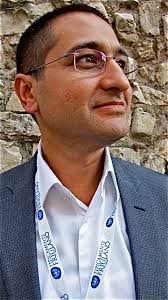 This wine expert is an honors graduate from Marmara University where he majored in Business Administration and Marketing. Ogultoglu’s professional career started with Koc Holding. Founded in 1926, Koc is one of the largest companies in Europe and is the only Turkish organization to be listed in the Fortune Global 500 list (ranked 248 in 2011).

In 2000 Öğütoğlu became a marketing executive with Doluca Winery. Four year later he started Fidelity Consulting with a mission to start Wines of Turkey that was officially established in 2008. Through his efforts (2008-2013) Turkey wine exports increased by value; 85 percent in the world market and 285 percent in the UK market. In 2007 Öğütoğlu morphed Fidelity to Gustobar SA, a supplier to the HoReCa sector, selling wine accessories, cabinets and glass equipment. In 2014 he started Young Turks, an organization of five small to medium-sized quality wineries to increase wine exports. The wines have won numerous medals and awards (2015: Decanter World Wine Award and International Wine Challenge – first gold medal awarded to a Turkish wine by the IWC).
winesofyoungturks.com 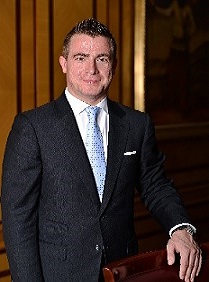 Born in Berlin, Optiz has over 15 years of industry experience and currently is the Food and Beverage Director at the Ciragan Palace Kempinski Hotel. His career with this luxury brand started at the Hotel Adlon in 1998 and was followed by an executive position at the very exclusive boutique Stafford London hotel. At the Kempinski Hotel Beijing Lufthansa Center Optiz’s portfolio included banqueting and external catering, as well as supervision of 220 staffers. He has been responsible for food and beverage operations at the St. Regis Hotel in Bangkok and part of the c-suite executive team for Kempinski in the PRC, UAE and Germany. Meticulous, results-oriented, creative, charming and interested in culinary history, Optiz is exploring opportunities to expand Ottoman dining experiences into the Palace menu selections.
kempinski.com/hr/istanbul/ciragan-palace/welcome

Tourism is an important economic driver for Turkey. It comprises 10.9 percent of the country’s GDP and 9.2 percent of its total employment (2011). After Brazil, Russia, India and China, Turkey is considered a promising emerging economy.

There are 53 European, African and Asian countries less than a 4-hour flight from Istanbul. The International Congress and Convention Association determined that the city hosted 130 major international conferences in 2014, making it the 9th most popular site for such events.

With world-class leadership directing the hotel, travel and tourism industry, it appears appropriate to forecast a continuing expansion.